Research in Downward Motion: Can it Be Reversed?

RIM had their annual meeting earlier this week. Notably missing from the shareholder outcry was the push to sell or split off salable assets to interested parties. We all know that since the launch of the iPhone, RIM has been spiraling down in terms of both market share and customer satisfaction. The biggest question that the board and newish CEO should be asking if they can pull out of the dive in time before scattering push servers, patent plaques and unsold Storms all over the Canadian countryside.
Of course we have an opinion on this. Actually we’ve just aggregated the user opinion on this. You can see the Blackberry fall from grace played out over this snapshot of the Smartphone market. Only LG has fallen faster from grace. These results are based on user opinions gathered from all RIM phones launched in the past few years. 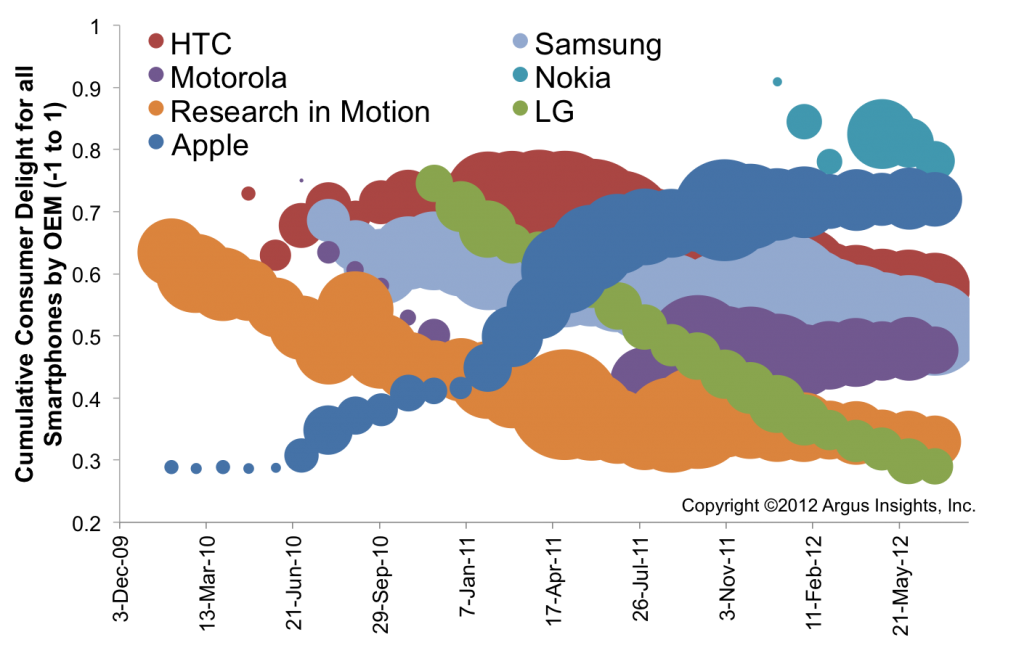 Notice where Apple and Blackberry trade places in the minds of consumers. It was when the iPhone became available on Verizon so now the legions of RIM faithful in NYC and other major metro areas could finally embrace the iPhone experience and make phone calls, unlike their locked in AT&T brethren. Every attempt to refresh the product lines led to further decay while Apple continues to flourish.

But what is RIM to do?  Is there enough residual Social Capital in RIM customer experience to recover with Blackberry 10, which has been delayed again?  We’ll answer that question in our next post but you can always reach out if you’d like to know sooner!

Forbes is Right, Marketing is Mucking Up Social Media! Mindshare to Mouthshare