Q Comes After Z for BlackBerry

While the Q10 is finally coming to America, it is unlikely to do as well as the Z10 has in the battle for hearts and minds.  We’ve been tracking the Q10 in Canada and the UK since it was released weeks ago.  The initial response has been poor, both in terms of buzz and delight, especially when compared to the triumphant release of the Z10. 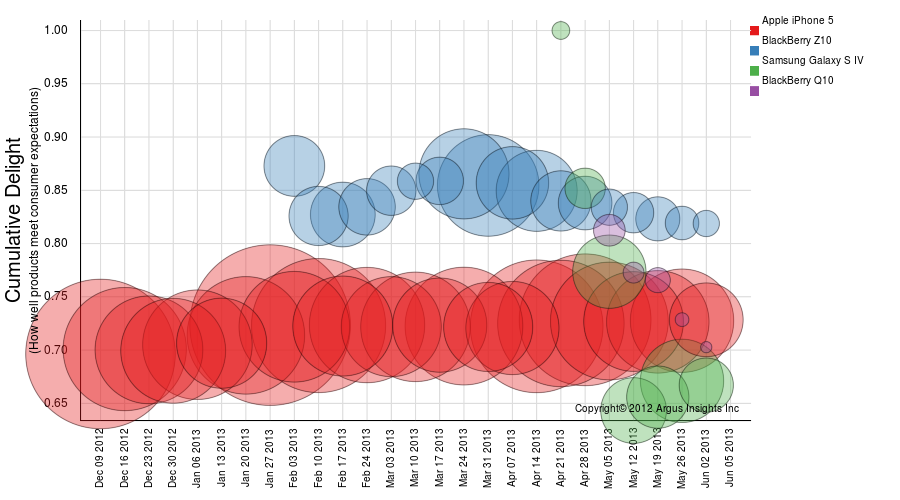 Notice that the Z10 is slowing but still perceived by consumers as a better experience than even the iPhone 5.  We’ll see if Monday’s Apple event shifts that perception.  The Q10 is barely demanding commentary from the early markets, signally a slow start as it comes to the United States this week.  Maybe the days of physical keyboards on phones have finally passed us by?  We will have a surprise on Monday for Apple’s event so stay tuned!