CNET reported that Intel announced “its first full year of revenue growth since 2011,” and it was “driven in part by rebounding PC revenue.” Over the past couple years, innovation and rapid improvement of smartphones and tablets has driven consumers away from tired old PCs and laptops. Today, we are seeing a “rise of hybrid tablet-laptop computers, dubbed “2-in-1” devices,” that are pulling people back into the PC market. This rise in the 2 in 1 market is evident when analyzing the volume of consumer reviews across these various categories. Tablets and Smartphones continue to hold the majority of mindshare, but just as everyone went ‘back to school’ this year, 2 in 1 devices saw increased attention. 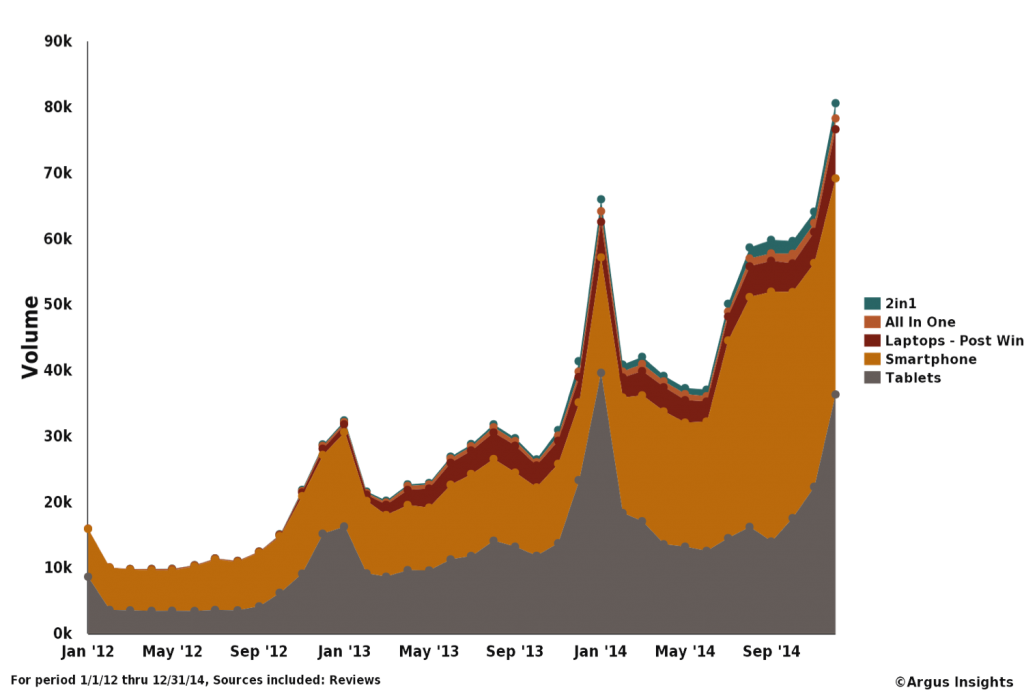 As more consumers begin to buy 2 in 1 devices, however, they are not enjoying them as much as more traditional technology. 2 in 1 delight scores have been rising steadily since 2013, but they remain the lowest of the common consumer computing devices. Delight across all devices, except for laptops, is improving as consumers are finding satisfaction with something else, whether it is an All in One, 2 in 1, Tablet, or Smartphone. 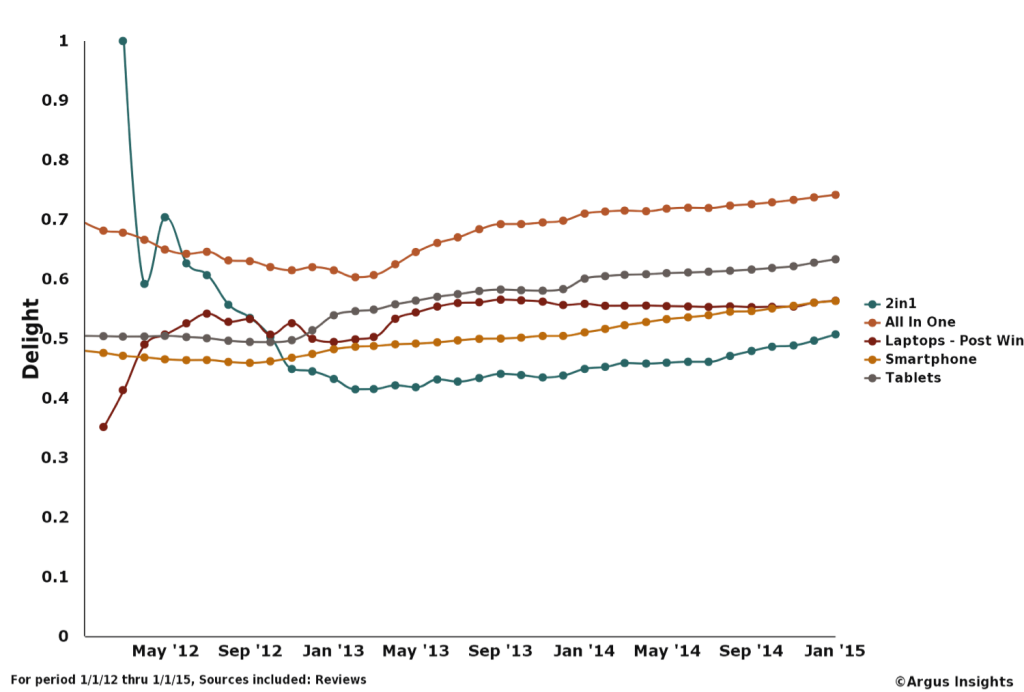 Delight for Laptops Declines as all Other Devices Gain Favor

While CNET reported on Intel’s growth as a result of better PC sales, they are poised to make waves in several other markets as well. Intel stole the (Consumer Electronics) Show in Las Vegas this year, as their involvement and innovation in several categories, including wearables, automotive, IoT, and drones won them the most mindshare of all the component suppliers and brands present at the show. While Intel saw growth in the standard laptop market as devices were adapted to consumer needs, they introduced innovative technology like a responsive spider dress, a button sized super computer, and much more, to intrigue consumers at CES.

We would love to tell you more about why Intel won consumer interest at at CES, and which other brands and products you should pay attention to in 2015. If you would like a free copy of our comprehensive CES Report, please indicate your interest and we will send it over.

Ahead of the news from Facebook on Cambridge Analytica abusing the data of American citizens, Twitter started suspending accounts for a practice called Tweetdecking, where accounts would solicit and at times pay for accounts to artificially boost their classic influence metrics of reach and followers.  Over the weekend of 18 March, some of the Internet […]