Apple Beats Chinese Manufacturers On Their Own Turf

Apple just announced one of the most profitable quarters known to man. Their insane profit came from shipping “74.5 million” smartphones, “5.5 million” Macs, and just about 21.4 million iPads.[1] However, the real secret to their success this quarter was breaking into the Chinese Smartphone Market. This spike is evident in the volume of Apple Smartphone reviews from just ChinaUnicom customers. This spike is began in mid October (when the iPhone 6 was made available in China) and after a small dip, was sustained throughout the rest of the quarter. 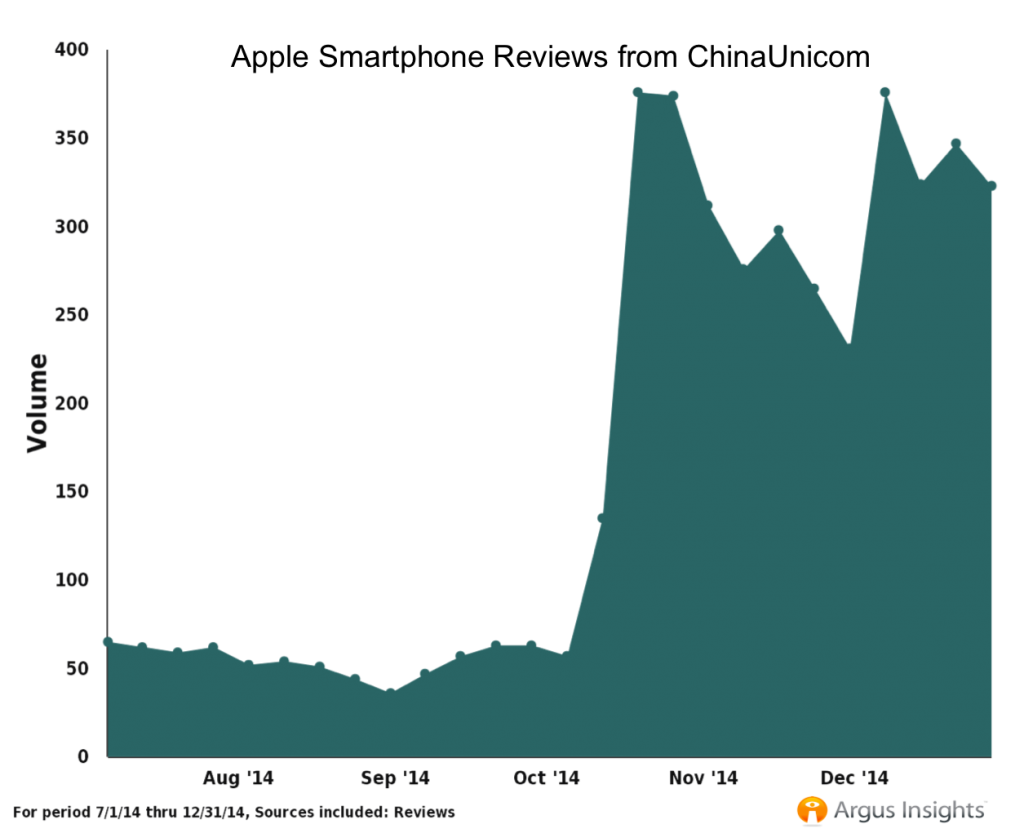 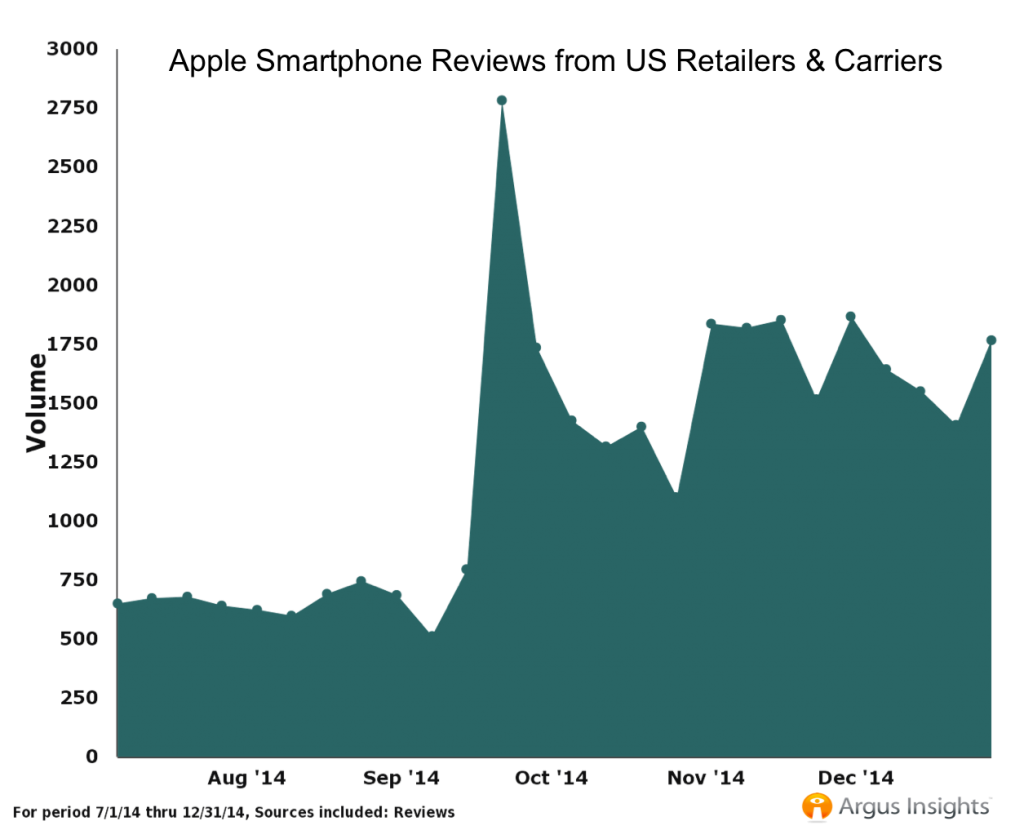 Not only did Apple have an amazing quarter in terms of earnings, but on top of that, they also stole mindshare from the globally rising Chinese smartphone manufacturers in their home territory. Argus Insights will continue to track the ever changing international smartphone market. If you have any questions, or would like to access our data or to inquire about custom reports or consultation, please contact us.

We have been busy covering several markets, and want to share our insights with you. If you are interested in Who Won the Consumer Electronics Show, you can download our 2015 CES Report. To track the battle within the Software Defined Network (SDN) and Network Function Virtualization (NFV) markets, download our latest SDN/NFV Webinar.