SMART HOME TRENDING: A BLAST FROM THE PAST

We had over 7.9K shares last week in the Smart Home space. The previous week, I pegged the theme for the 5.9K shares as “using the present tense” in the Smart Home. I put forth the argument that we need to be talking about the Smart Home in terms of what it can do for us today as opposed to a futuristic world of the Jetsons and Jarvis. This week is a continuation of that theme, with two stories that reinforce that point. And then, as if to further accentuate my conclusion, the top share actually discusses the Smart Home in the past tense.

Believe it or not, that picture above is a cutting edge computer, circa 1987. In the mid-1980’s, the Soviet Union State Committee for Science and Technology assigned the task to develop a “revolutionary computer.” The result was called the Sphinx project, which eerily has some Apple-like qualities. Exhibited at a show in London this past September highlighting Soviet relics, this computer was developed ahead of it’s time, behind the iron curtain, in a state-controlled environment. It goes to show you that labeling a display “Soviet home automation” can drive roughly 1,000 shares on Twitter. Smart Home — in the Past Tense!

Online publication Droid Life drove 865 shares with a contest to give away a free Google Home. Before you click to enter, the drawing was last Friday. One clear takeaway is that (not surprisingly) giving away free “stuff” drives traffic in all businesses. A more subtle point is the picture above. I noticed the use of books: old school paper books. Again, this is a fine example of integrating the Smart Home into the rest of our regular home living.

October 27th through the 30th saw the Vancouver Home & Design Show on the West Coast of Canada. This particular show is not designated a “smart home” show. A glance at the show’s website quickly demonstrates that on display are quilts, garage storage ideas, and yes — the Smart Home. The actual article was posted on a website called Miss 604. Featuring a Best Buy Smart Home, the post was shared 525 times. This blog is written by Rebecca Bollwitt and describes her own home. The complete home solution features products from Nest, Philips, and Ring (to name a few). She describes some practical uses for these products and how they have impacted her life in the past year. In doing so, she proceeds to describe how Best Buy will be featured at this annual show. 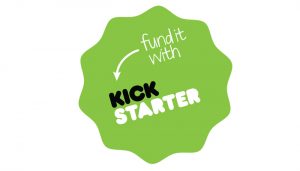 The final highly shared post is a crowdfunded startup. As I type this, it has received roughly $17K from 45 backers and has 34 days to go. The idea, dubbed “Ernest, your first mobile butler” comes to us from founder Arturs Pumpurs. Eerily similar to Jarvis, this product is in Beta. Having never used Kickstarter myself, I can neither endorse nor reject this particular idea. However, with 277 shares, it is clear that a number of people are considering doing so.

The Argus team just finished two exciting days at the Smart Home Summit in Palo Alto, California. With everyone from Logitech to Sears to the City of Palo Alto in attendance, it was educational and focused on how to move the Smart Home from the future to present tense. We were on hand to demonstrate the recently released Argus Analyzer personal toolkit. The toolkit is a SaaS platform designed to help Smart Home Product Managers with tasks such as: competitive analysis, tracking externally based marketing metrics, using data to drive your message with executives, and even tracking the success of product launches.